Having a hobby that can relieve your everyday stress, even for a few minutes, is a true blessing. For those who don't have a hobby as such, this article will give you a list of various activities that you can take up as a hobby... and we are talking about hobbies and interests beyond singing, dancing, and gardening.

Home / Uncategorized / A Truly Unimaginable List of Hobbies and Interests 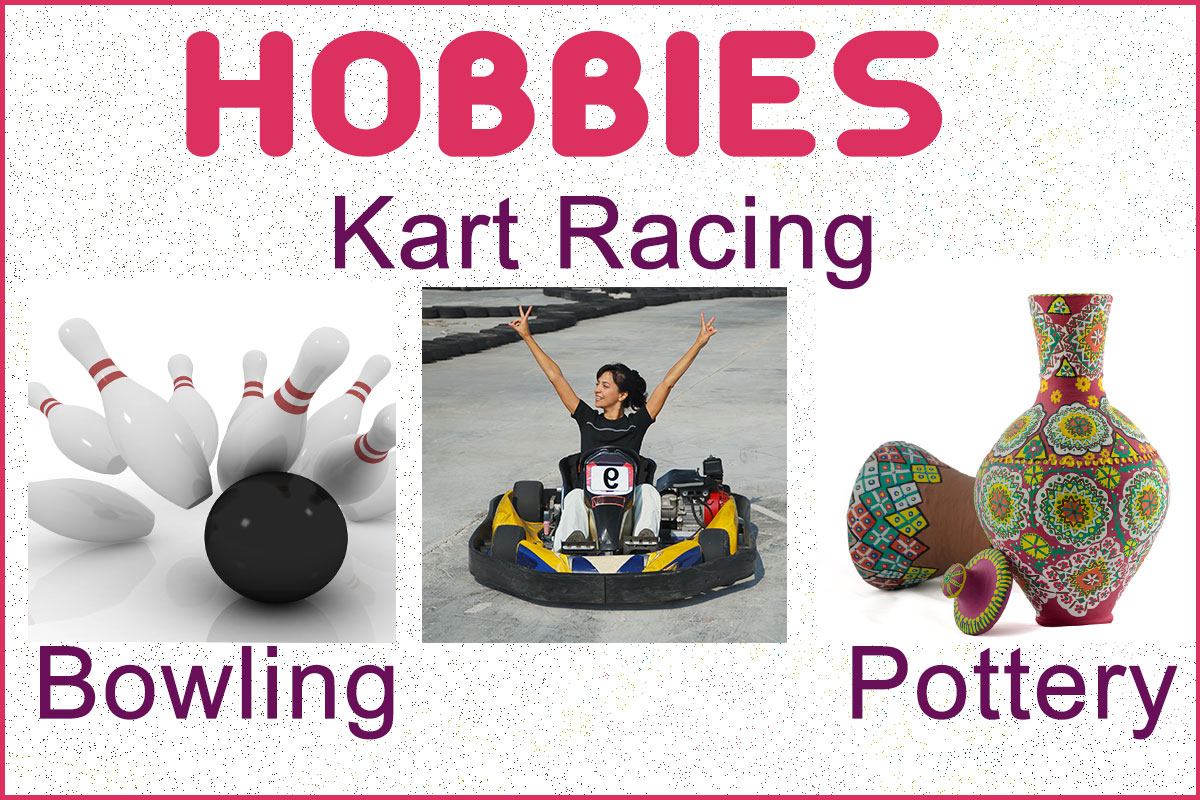 Having a hobby that can relieve your everyday stress, even for a few minutes, is a true blessing. For those who don’t have a hobby as such, this article will give you a list of various activities that you can take up as a hobby… and we are talking about hobbies and interests beyond singing, dancing, and gardening. 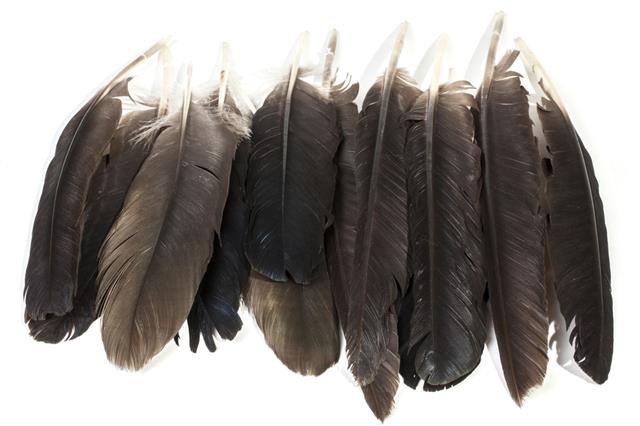 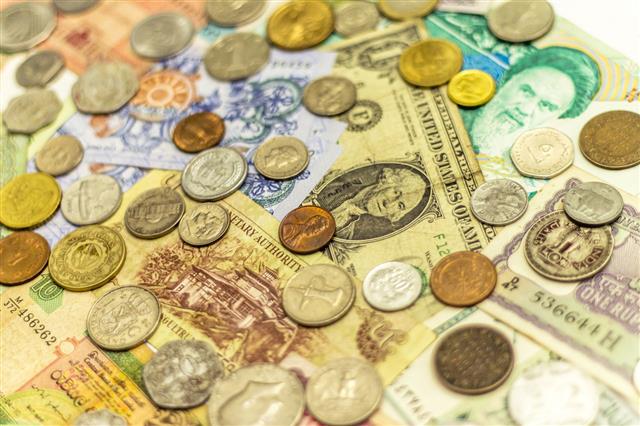 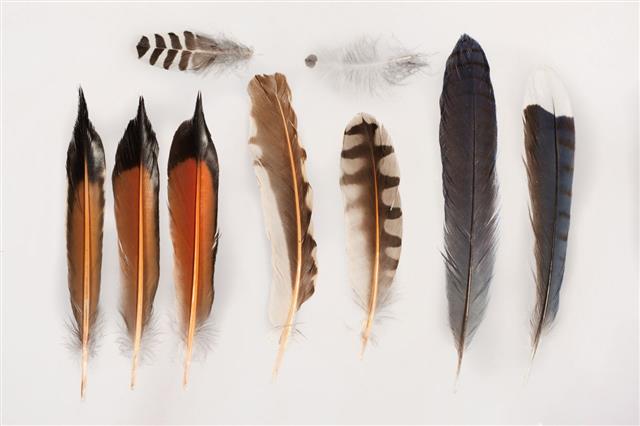 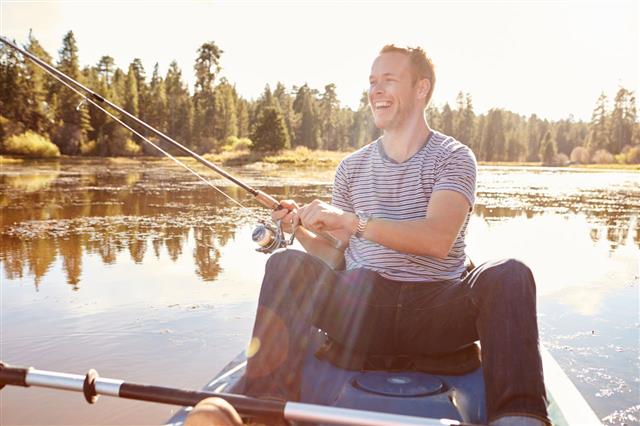 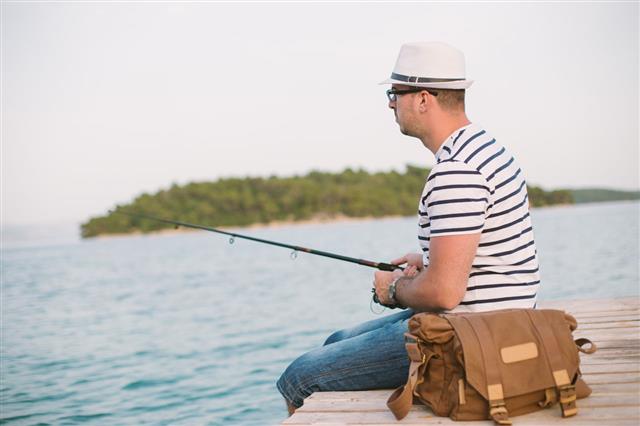 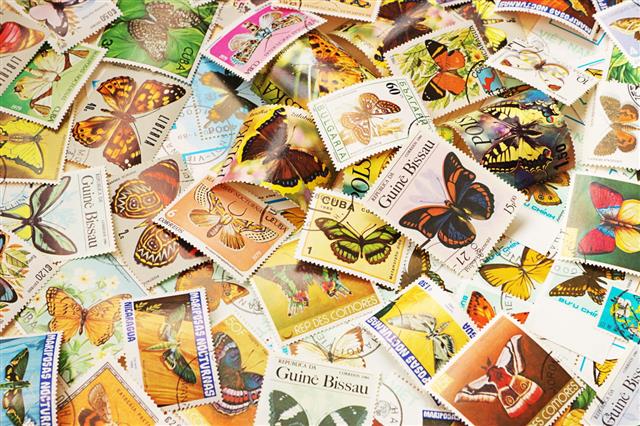 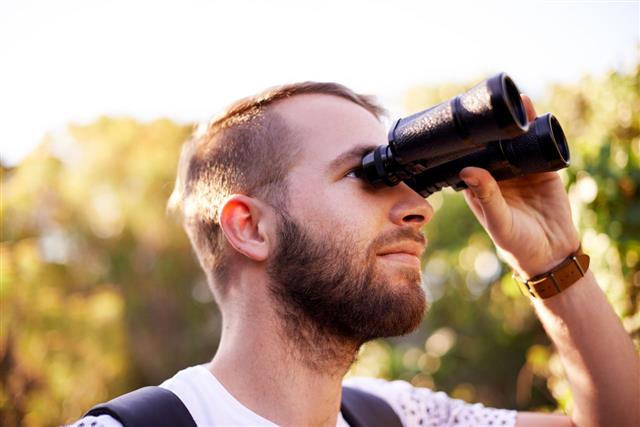 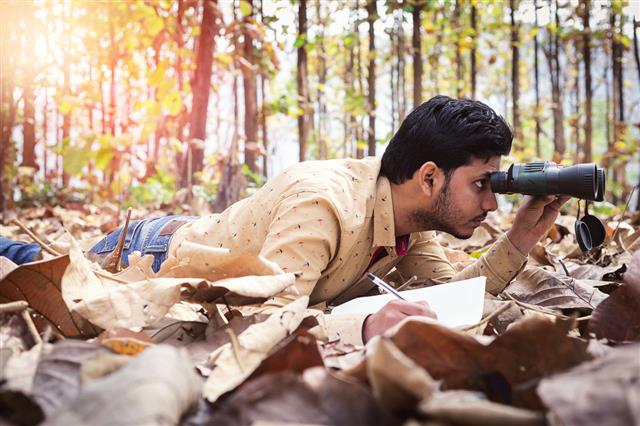 There is something really unusual about hobbies and interests. They vary from person to person distinguishing one’s personality from the other. They also bring different people together, taking the mind off the monotony that sets in with the daily routine. The best thing that can happen to you is to be able to live your hobby everyday, making a living out of doing what gives you a sense of pleasure and satisfaction.

Did you know that there are so many millionaires in this world, who would never have achieved what they did, if their field of success was not their hobby! Let’s take the example of an application that was created as a hobby, and is now a part of everyone’s life – Facebook. Do I need to tell you the rewards Mark Zuckerberg has received because of his hobby?

Would you like to write for us? Well, we're looking for good writers who want to spread the word. Get in touch with us and we'll talk...

Many of us let go of our interests and hobbies to meet the daily demands of life; don’t do that. Life is about being happy, about being able to enjoy what you do, and there are many things that people enjoy doing! The lists that follow, include hobbies based on different categories. Have a look.

Being observant is a natural skill, and a true observer is the one that notices even the minute details without making it obvious to others. These hobbies teach us a lot of things, including patience, perseverance, and appreciation. The world that we live in is a marvel in itself, the beauty of which we seldom notice due to our busy schedule. These hobbies will help you think beyond your usual sphere.

People who follow bird watching are known as birders, and I would like to give a special mention to Phoebe Snetsinger, who is known to have seen the maximum species of birds (8,398 out of over 10,000 that exist). Bird watching was her hobby, but she started pursuing it fervently only after she was diagnosed with cancer. Instead of staying at home and taking rest, she got engaged in traveling distant places for bird watching, which was her way to cope with the illness.

Hobbies Related to Sports and Adventure

Most people confine hobbies related to sports and adventure to men. I fail to agree. Adventure is something that every human seeks because it gives them a sense of thrill and achievement. There are various activities in this category, and each one is worth a try!

There is no better example of the passion one can have for a hobby than Bethany Hamilton, who turned her hobby into her career and became a professional surfer. The amazing part is that she continued surfing even after losing her complete left arm in a shark attack!

Let us begin with the activities that remind us of our natural self… hobbies related to the nature in which we live! What makes this category special is that these activities can also contribute in reducing various environmental issues that we are facing globally. Issues, like global warming, deforestation, animal conservation, etc., may be taken care of in our own little way. Have a look at the hobbies that can help you make the earth greener and healthier.

Did you know? Many famous celebrities like Miranda Kerr, Jessica Alba, Gwyneth Paltrow use organic produces in their daily lives. Adding to the list is actress Alicia Silverstone, who is known for her love for nature. She is a vegan, an environmentalist, and she also works for animal rights.

Creativity is another form of a true blessing! The ability to think and create something beautiful is a true art. If you have the creative spark in you, then there is nothing that can stop you from exploring your inner potential. Below is a list of hobbies that you would love to do!

Would you like to write for us? Well, we're looking for good writers who want to spread the word. Get in touch with us and we'll talk...

I would like to cite the example of television personality Rachael Ray, who is famous only because she loves to cook. Mind you, she has had no formal training, but in spite of that she happens to be an author of cookery books and hosts cookery shows. She also popularized the phrase EVOO – a short form of ‘Extra Virgin Olive Oil’, which was also added to The Oxford American College Dictionary.

Hobbies Related to Computers and Technology

Almost half of the population today is tech savvy, using technology-based applications for doing half of the routine work, be it sending and receiving e-mails, educating yourself on various topics through search engines, or socializing through Facebook, Twitter, or Skype. Some of the most popular hobbies are those associated with the virtual world. The following are some examples.

Mark Zuckerberg, one of the co-founders of Facebook, started writing software as a hobby. In his sophomore year at Harvard College, he created a notorious application known as Facemash, which was banned within days! Later, he launched Facebook from his dormitory room. The application spread slowly to other campuses, and is now a part of everybody’s life. Facebook made Zuckerberg a billionaire when he was just 23 years old!

A hobby is something that we enjoy doing, something that relaxes our minds! While the best place to relax is home, there are many people, who define relaxing as something that is done outdoors. Below is a list of hobbies that tend to relax and refresh your mind and body in the midst of nature.

Talking about outdoor hobbies reminds me of Ernest Hemingway and his love for fishing! Knowing the popular author and journalist that he was, he always took time out for outdoor fishing trips with his friends. He started fishing at the age of 3, and wrote many write ups about the same, like Tuna Fishing in Spain, Trout Fishing All Across Europe: Spain Has the Best, Then Germany. His first novel published in 1952, The Old Man and the Sea, was also based on the life of an old fisherman.

Have you come across this situation at home, when your brother wants to play soccer on a Sunday morning, but your sister wants to stay at home and play cards? For some people, the ultimate way to refresh their minds and relax, is not by doing something out in the open, but something within the coziness of the indoors. Like I said, not all of us are the same!

Emma Watson loved studying and reading in the ‘reel life’ when she played ‘Hermione Granger’ in the Harry Potter Series. Do you know what her hobby in real life is? Playing ping pong! In fact, her co-actors Daniel Radcliffe and Rupert Grint admit that she is so good with her hobby that they have stopped playing with her to save themselves from the embarrassment of losing almost every time!

While some of us like to get rid of all the clutter and nonproductive things out of the house, there are some who would rather refer to the ‘clutter’ as ‘collection’! Different people collect different things. Trust me, I knew a girl who collected her fingernails! While your collection needn’t be as bizarre, have a look at some of the most commonly collected items in a hobby.

Did you know? Celebrities like Samuel L. Jackson, Jimmy Jacobs, and Nicholas Cage are also comic-book collectors . In fact, Nicholas Cage had changed his surname from ‘Coppola’ to ‘Cage’ after a Marvel comics character Luke Cage. Jimmy Jacobs, a handball player, and a boxing manager, who also managed Mike Tyson, was known to be the owner of the largest collection of comic books in the world!

While there was a time when the phrase ‘watch what you eat’ was meant for celebrities and models, or people who were advancing towards obesity … these days we can find a majority of the population hitting the gyms and hiring dietitians! Everyone wants to have a beach body and a healthy system. The awareness has reached to an extent where people have actually made ‘healthy living’ not only a lifestyle but a hobby. Here is a list of some of the healthy hobbies that can add value to your life.

Don’t you ever wonder how the 54-year-old diva Madonna can still give complex to an 18-year-old? Madonna’s lifestyle is all about fitness. She is an ardent fitness lover. She used to practice yoga all days of the week at one point. She has recently launched her DVD workout series and has also opened a gym chain called Hard Candy Fitness.

Well, I think when you have been following a certain lifestyle, its components become a habit, and when you start loving that habit, it turns into a hobby! The list of hobbies mentioned underneath are those that can be followed only when you have an acquired sense and interest to pursue it. Though this statement applies to all the hobbies and interests, the hobbies underneath will give you an idea about what I mean.

Michael Gambon, the actor who played Professor Dumbledore in the Harry Potter Series, has a hobby of collecting vintage guns and firearms. Adding to the list is our very dear Tom Hanks, who collects vintage typewriters as his hobby.

Though we all may have similar appearances outwardly, our mind is but a bundle of complex interests and imagination, not possible for all to understand. A hobby is a way to escape from doing what is ‘expected’ from us, to doing what we ‘like’ to do. Maybe I would never be able to understand why Johnny Depp likes playing with Barbie dolls; maybe you will. If you like doing something, just do it! You don’t have to think about the others; there are a plenty of things you are doing for them anyway! 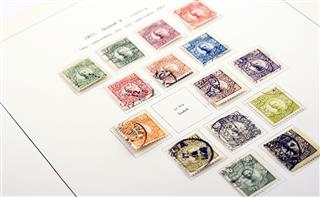 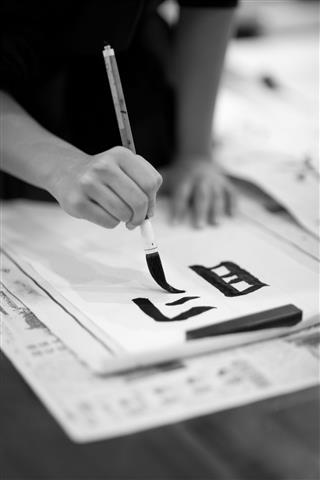 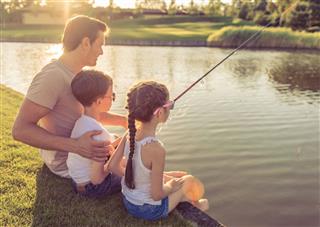 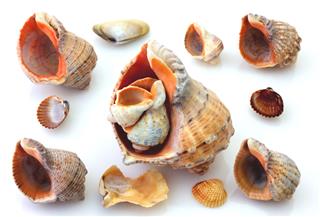 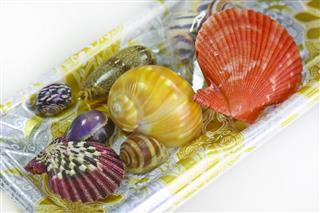 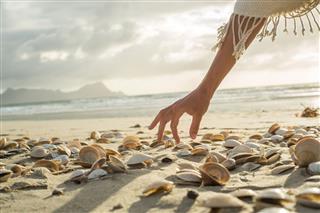 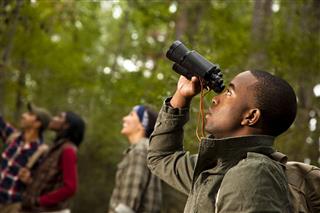 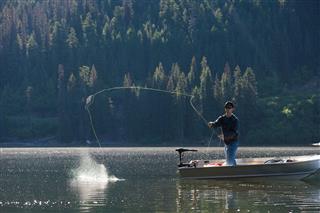 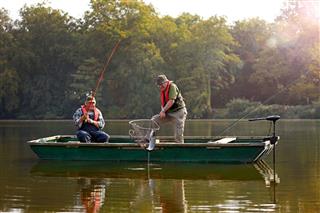 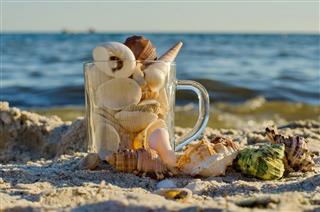 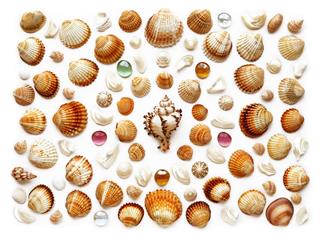 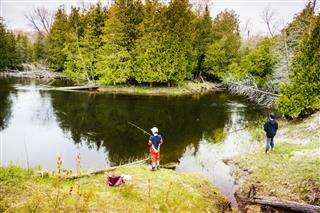 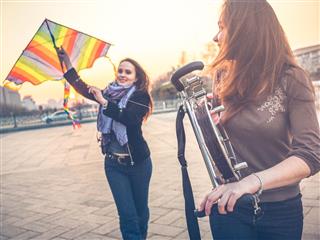 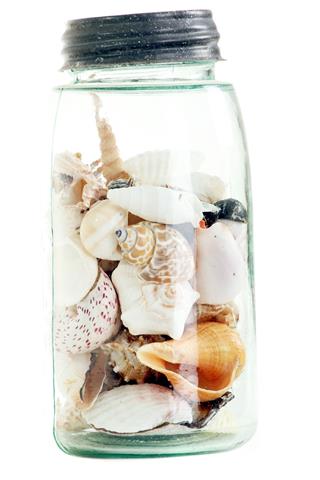 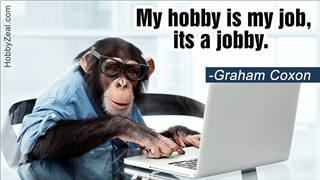 20 Totally Unexpectedly Cool Things to Collect as a Hobby

Expert Tips on Identification and Value of a 1942 Dime

Any cookies that may not be particularly necessary for the website to function and is used specifically to collect user personal data via analytics, ads, other embedded contents are termed as non-necessary cookies. It is mandatory to procure user consent prior to running these cookies on your website.