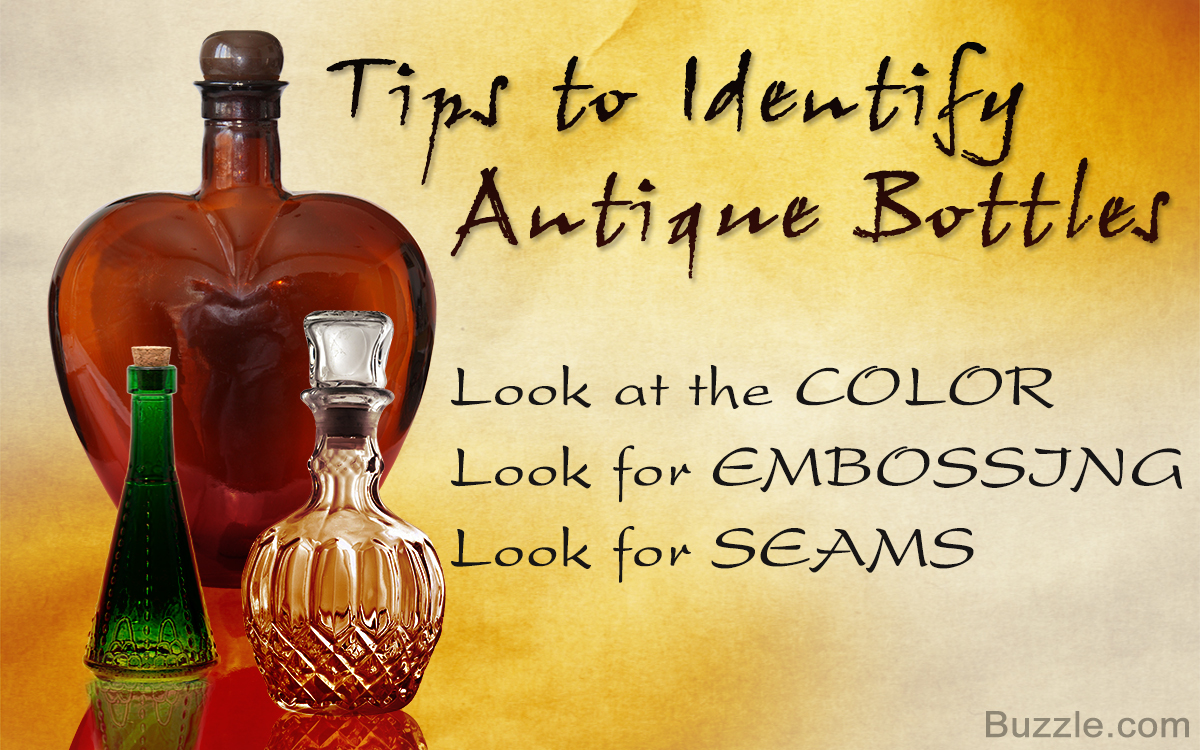 The earliest known use of glass vessels was by the Ancient Egyptians dating back to 1,200 BCE. Archaeological evidence collected from this era contains many glass coated artifacts.

Are those allegedly antique apothecary bottles you bought at the flea market at a so-called rip off price not letting you sleep at night? Or are you rocking an Indiana Jones phase driving around town digging people’s backyard looking for long lost treasures of antique bottles?

Confusing antique bottles for cheap reproductions can be a common mistake most rookies make, but every bottle has a story to tell. Every mark, every imperfection on the body of the glistening glass bottle tell a story of the birth of that bottle. Here we tell you how to decode the age of the antique bottle you possess.

The color of a bottle can be used as a reference to determine the age of the bottle. Dark green beer bottles were used by many brewers in the 1800s. Colors like cobalt blue was used to color bottles right from 1870s to the 1930s. Antique bottles are usually dark green, amber, or blue in color. Bold colors were rarely used, so if you find a so-called antique bottle in bright red, yellow, green, or purple, chance are that it is a poor reproduction.

Most bottles made in the last hundred and fifty years were usually made by blowing glass into a molds of iron or wood. These molds usually consist of 2 or 3 pieces and the bottles tended to have a faint seam on them. The presence of seams might provide a rough guide to determine the age of the bottle.

Such a bottle may be free blown, the shape may be uneven and may date before the year 1860.
If the bottle has an even shape with the seams smoothed out, it may date around the year 1900-1920.

This is usually observed when the seams run from the base and end below the lip. Back in the day, the lip was usually attached manually with a lipping tool. The lip usually has a crude look as it was attached by hand. Such bottles may have been produced in between 1840-1870.

The seams run from the base to the top of the lip. These bottles were machine made and may belong between 1905 to 1920.

✦ Base of the Bottle – Pontil Marks 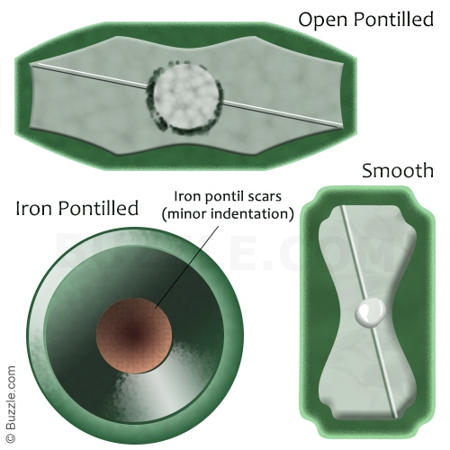 ✦ Mouth of the Bottle – Type of Lip

Flared Lip or Sheared Lip: This is common observed in hand-blown glass bottles. It results after the bottle has been cut from the blow pipe. Such lips were commonly produced between the years 1830-1850.

Applied Double Collar, Applied Round Band, or Applied Square Band: These features are also commonly observed on hand-blown bottles. The lip of such bottles appear crude and usually have an unfinished drippy bottom. Seams run under the applied lip. These lips were common on bottles produced between the years 1840-1870.

Applied Taper: The lip has straight edges that taper towards the opening. The lip usually has a crude finishing with unfinished drippy bottom. The seams usually stop just before the lip. This type of lip on bottles was seen between 1840-1870. 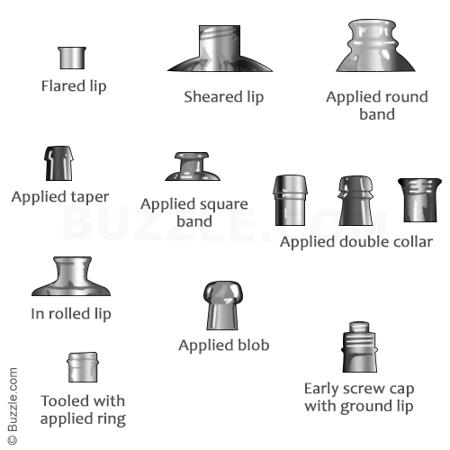 Applied Blob: The lip is slightly curved and appears to have a slightly thicker bottom. The seams tend to end just below the region where the lip is attached. This type of lip was common on soda, beer, and mineral water bottles. Such lip was seen between the years 1840-1870.

In Rolled Lip or Out Rolled Lip: The glass is rolled inwards to outwards and down to form the lip. An additional piece of glass is usually not attached as the lip. The finishing of these lips is usually very crude and uneven. Bottles with such lips were usually produced between the years 1840-1860.

Early Screw Cap with Ground Lip: It was present on bottles that used a screw cap. The neck ring and threads were a part of the mold. The seams usually run above the threading system. The end near the opening was usually sheared and fire polished. These types of lips were commonly seen in bottles produced between 1860-1910.

Bottles that contain numbers and letters marked at the base indicate that the bottle has been manufactured somewhere after the early 20th century. Beer bottles usually had the words “ale” or “porter” embossed on them. Most bottles before the 1950s feature embossed lettering. Alcohol bottles produced between 1933 and 1970 have the words, “Federal Law Prohibits Sale or Reuse of this Bottle” embossed on them.

There’s definitely no substitute for experience when it comes to identifying antique bottles, get an antique bottle collector to be your guru, and examine as many as bottles as you can.